We are proud to announce the line-up for the Grand Opening of the Econometric Career Days, consisting of three exceptional individuals, all with distinguished careers and backgrounds that are highly relevant for students in Econometrics. We are excited to welcome David Knibbe (CEO of NN Group), Jaska de Bakker (CFO of FrieslandCampina) and Michiel Muller (CEO & Founder of Picnic) as keynote speakers.

They will share their professional experiences, memorable moments in their career and the importance of Econometrics and Data Science in their organisations. After the individual presentations there will be a panel discussion during which you have the opportunity to ask questions and hear the opinions of all the speakers.

After his studies at the Erasmus University and his career at Exxon-Mobil, Michiel Muller build together with co-founder Marc Schröder and major shareholder Petroplus the unmanned petrol station Tango, which turned out to be a huge international succes. Thereafter he founded Route Mobile together with Schröder, as a competitor for de Wegenwacht.

In 2015 he launched the online grocery shop Picnic, which freely delivers all your groceries against the lowest price. Picnic is active in 130 cities and in 2018 it expanded to Germany.

He also is an angel investor and a boardmember for new companies. With the Erasmus Center for Entrepeneurship and the Amsterdam Centre of Entrepeneurship, he promotos entrepeneurial education in the curriculum. Among others, Michiel is commissioner of the FD mediagroup and member of the IC of Innovation Quarter, the development company of South Holland. Moreover he is chairman of the Erasmus Trustfonds, the endowment fund that supports the Erasmus University Rotterdam.

He wrote two business books and lives with his wife and 3 children together in Rotterdam.

David Knibbe was appointed as Chief Executive Officer (CEO) and chair of the Executive Board and Management Board of NN Group on 1 October 2019. David is responsible for the strategy, performance and day-to-day operations of NN.

On 1 September 2014, he was appointed Chief Executive Officer of the Netherlands. In this role, David was responsible for all insurance and banking business in the Netherlands, and was leading the integration of Nationale-Nederlanden & Delta Lloyd and the acquisition of VIVAT Non-life.

David holds a master’s degree in Monetary Economics at the Erasmus University in Rotterdam (the Netherlands) and completed a general management programme at Harvard Business School (US). 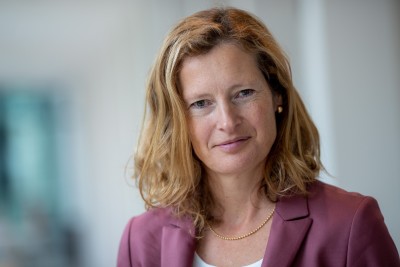 Jaska de Bakker (1970) is Chief Financial Officer at Royal FrieslandCampina N.V. since January 1, 2018. Before, Jaska held the position of Finance Director for the Business Group Consumer Products Asia. She is a member of the FrieslandCampina Executive Board since 2018.

Prior to joining FrieslandCampina, Jaska was Chief Financial Officer and member of the Executive Board at Royal HaskoningDHV. Previously she held several leadership positions at Leaf, CSM and The Boston Consulting Group. During her professional career she was based in The Netherlands, Italy, the USA and Singapore.

Jaska holds an MBA and a Master of Science in Econometrics and Operations Research. She received the CFO Award 2016.

Jaska is married and has one child.